LEDAS first met Russian CAD/AEC/PLM vendor ASCON at the initial international isicad forum in 2004. The isicad project was successful in its goal in creating community between Russian CAD companies. ASCON has since became the first Russian CAD vendor to reach a billion Rubles in revenues.

The relationship that began at isicad was at first purely an exchange of information and programming tips between LEDAS and ASCON. But then the relationship developed into a technology exchange. In 2011, the first joint project was launched, in which we integrated our Variational Direct Modeling (VDM) technology into KOMPAS-3D, ASCON's flagship CAD product.

VDM allows KOMPAS-3D users to import 3D models history-free, and then modify them in simple and flexible ways - just as if they have been designed in KOMPAS-3D natively. Users are able to add geometric and dimensional constraints (such as parallel, perpendicular, distance, and angle) to history-free models. The constraints are automatically taken into account each time the 3D model is rebuilt. The new capabilities in KOMPAS-3D take advantage of a powerful set of high performance components, including the C3D Labs C3D Geometric Kernel, the ASCON KOMPAS-3D APIs, and the LEDAS LGS 3D solver. Our Variational Direct Modeling technology is based on LGS, and later was sold to Bricsys. C3D Labs itself is a spin-off from ASCON.

“I’m very impressed with what I have seen so far, three months after starting the project. The pace of development is very encouraging.”

In 2012, we began to actively develop our own core software for 3D modeling. We implemented functions fundamental to geometric kernels, such as operations with NURBS, finding the intersections of curves and surfaces, performing Boolean operations, detecting collisions, and making distance calculations. Based on the knowledge we acquired in this area, with the experience of promoting our LGS 2D and 3D components globally, and long our partnership with ASCON, C3D Labs conferred on us the status of global VAR reseller of the C3D Geometric Kernel, also in 2012. Next, we developed our LEDAS Geometry Comparison (LGC) technology that makes it easy to check and locate differences between similar-looking 3D models. It uses the C3D kernel to perform base-level geometry operations. 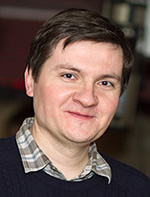 “LEDAS is well-known in the global CAD market, and we consider the integration of C3D with their geometry comparison technology as a very good achievement for both companies.”

In 2013, we continued our collaboration with ASCON by launching a new project in the challenging field of geometric search. The idea behind this is to create an easy-to-use tool that allows users to find and then reuse geometry from other projects in their new designs. The geometry search technology primarily targets ASCON's advanced software for architecture and building design. Searching for 2D geometry was the first step, and now together with 3D geometry searches, it will have a significant impact on the CAD market. 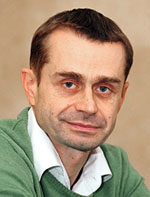